Meet Andy and Puck, two adorable Welsh Cob geldings we took in on March 15, 2018. These geldings are friendly, curious and adorably dorky. Although malnourished and underweight (the vet gave both horses a body condition scores of 2 to 2.5 out of 9), we believe they have a good chance of recovering and having full, happy lives.

These two horses came to us from a very sad situation. Their beloved owner had bred and shown Welsh Cobs for years. Unfortunately, she went through an extended illness before recently passing away. During that time, the care of her horses fell mostly to other family members with less horse knowledge and who were overwhelmed with other life tasks.

Puck is 18 years old. We were told that he was broke to ride and was shown at Welsh Shows years ago. He was, however, a little unpredictable and would buck on occasion. Judging from the little we have handled him, it doesn’t seem like he’s had much groundwork or desensitizing. We hope that once he gains weight and can come into the training barn, that he will be a quick study and end up a fun riding partner.

Andy is the one we are most concerned about. He is only 14 years old but has a previous history of foundering that resulted in a slight rotation of his coffin bone. Although he was not tested, the veterinarian at the time suspected he had Equine Metabolic Syndrome, and he was put on thyroid medication. We do not think he has been on that medication for some time now.

Andy is also sore on his front feet, one more than another. So we took him straight to the vet’s to have it checked out. We radiographed both front feet and found both to be rotated. He has probably foundered again at some point, but the vet thinks we can get him comfortable with time and care. His feet are too short right now and his soles are paper thin. Our plan is to get him on a low sugar hay diet and toughen up his soles by applying topical mediation and dry (not muddy!) ground for him to stand on. 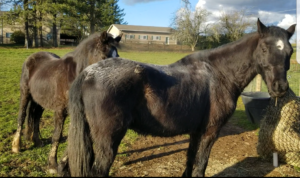 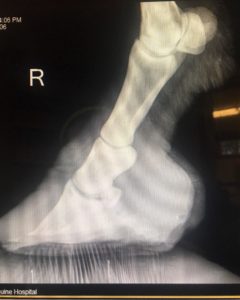 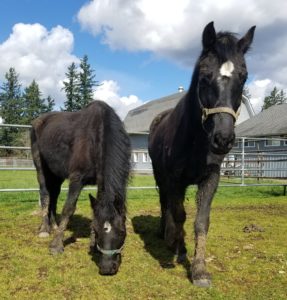 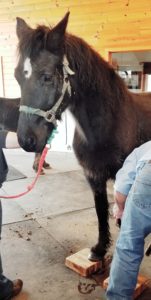 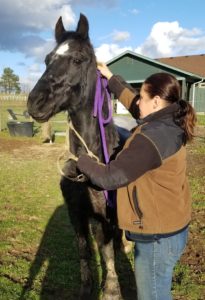 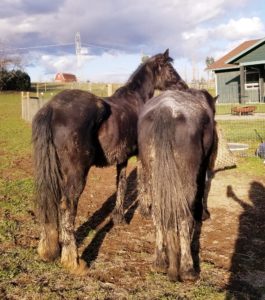