On June 20, 1998, he ran is first race at Hollywood Park in California. Over the next year and a half, Arlo ran several races, bouncing around seven different tracks in California.  He started out at some higher-end tracks ridden by some famous jockeys such as Laffit Pincay Jr. and Alex Solis. But according to race comments, Arlo was “wide into stretch,” “out-finished,” and “showed little.” He had “no rally,” “no late bid.” During one race with Pincay, he “clipped heals” and “lost jockey.”  Perhaps he hurt himself during that crash, because after that, he went to lower-level racetracks and still did not do well.

Finally, in September of 1999, Arlo raced his last race. He was purchased at the age of 4 ½, by a polo player. He stayed with that owner for more than six years and then at the age of 11 was sold to a different polo / multi-discipline owner.  That owner kept Arlo for 10 years. During that time he was used as a polo pony, some dressage, trails and eventually as a companion for another older horse. He developed uveitis (moon blindness).

Three years ago, when Arlo’s companion passed away, he was given away to someone else as a companion to yet another horse. At the time, Arlo had an implant in his eye that slowly released medication to keep the uveitis under control. Arlo’s previous owners let his new owners know that those implants usually only lasted about 5 years, and that they would happily take him back when that happened if they didn’t want to take care of it. But that call never came, and Arlo’s eye obviously had a painful uveitis flare-up that was untreated and eventually destroyed his eyeball.  Although his sight is gone in that eye, it still weeps, and he rubs it to relieve the irritation.

On Tuesday Arlo had a dental. He needed two teeth pulled and some hooks / ramps worked on, but it was not an extremely major deal. The vet thinks he can still eat well (meaning he’s not restricted to just old-man mash yet!) and there is no reason he cannot be kept comfortable! His eye will need to come out to relieve the irritation and infections that will surely come from flies. We will have to have it done under general sedation, though. He clearly has some racetrack-gate flashback issues . When we tried to put him in the stocks for his dental, he became terrified and desperate to get out.

Rescue decisions are always difficult. What is the right way to spend our resources? In this case, Arlo has an excellent chance of being pain-free and easy to care for. After the rough road he’s had to travel because of humans, we think he deserves that! Hopefully he will find a loving final home where he can live his remaining years with love, comfort and companionship. We hope someone will step forward to offer him that. Until then, we have your back Arlo. 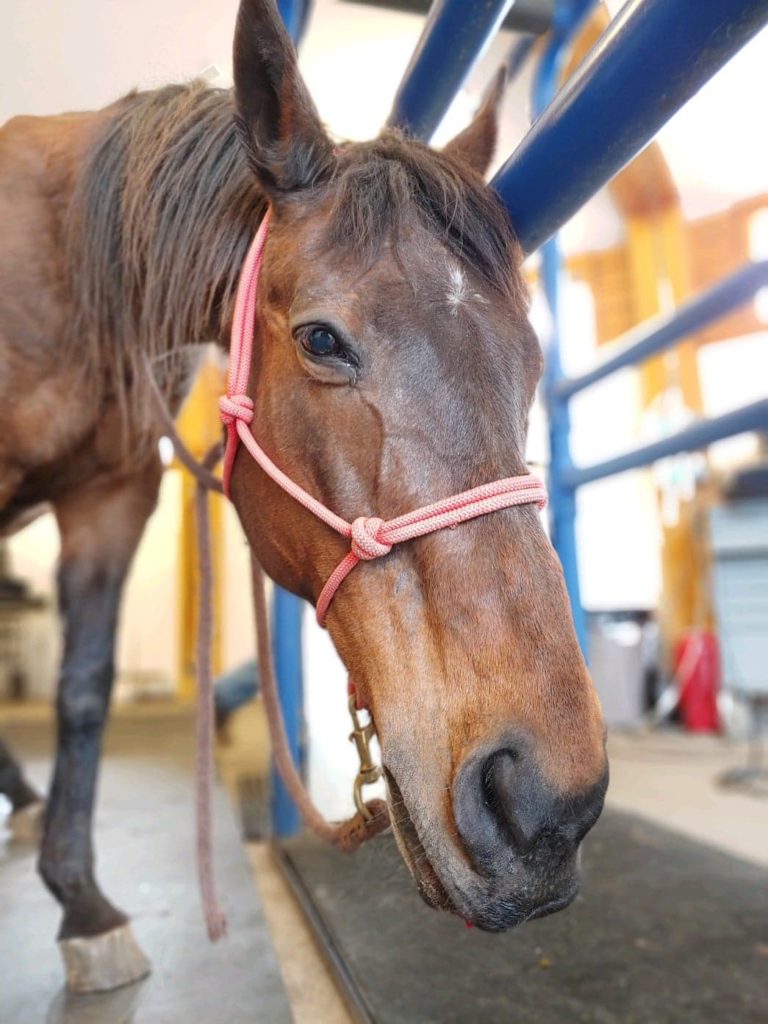