It’s hard to know what was the most disturbing—the fact that two horses were starving right outside their owner’s back window or that one of them had shoes on. Why would the owner bother to shoe a horse but not to feed it?  How could anyone ride a horse in that condition?

Bonnie and Clyde lived in a muddy pasture at the end of remote rural road a near The Dalles, Oregon, by a workman who notified local authorities. These two horses were in their late teens or early 20s and had lived together most all of their lives with this owner. Wasco County law enforcement officials convinced the owner to surrender them to SEO on November 11, 2017.

Clyde was extremely emaciated. He had no fatty tissue and his vertebrae, ribs, tail head, and the bones of withers, shoulder, and neck were visible. He had a body score of just 1.5 out of 9 on the Henneke Horse Body Condition Score. Bonnie was slightly better. They were carefully re-fed according to guidelines developed by the UC Davis School of Veterinary Medicine. Both Bonnie and Clyde are now healthy, loved and well cared for in their new homes. 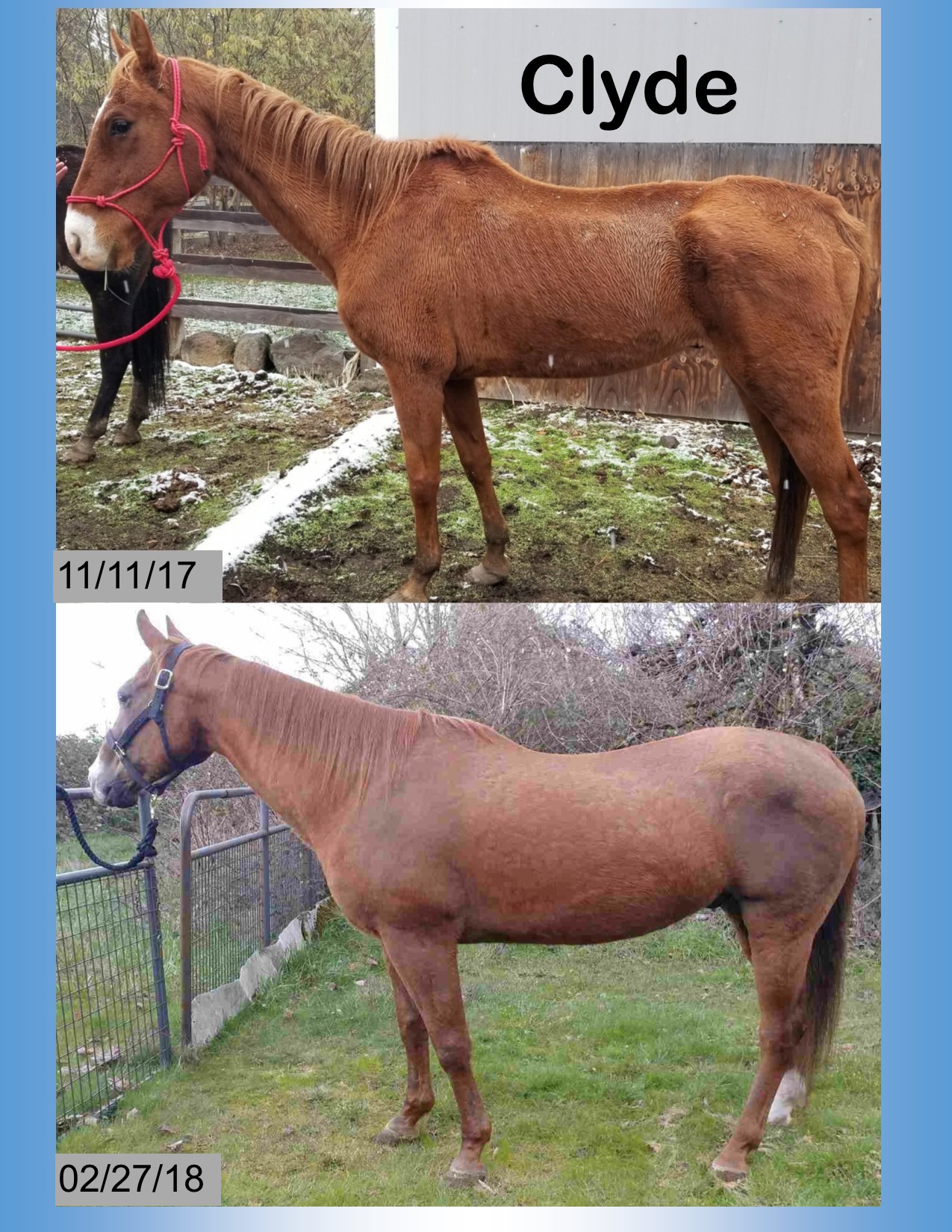 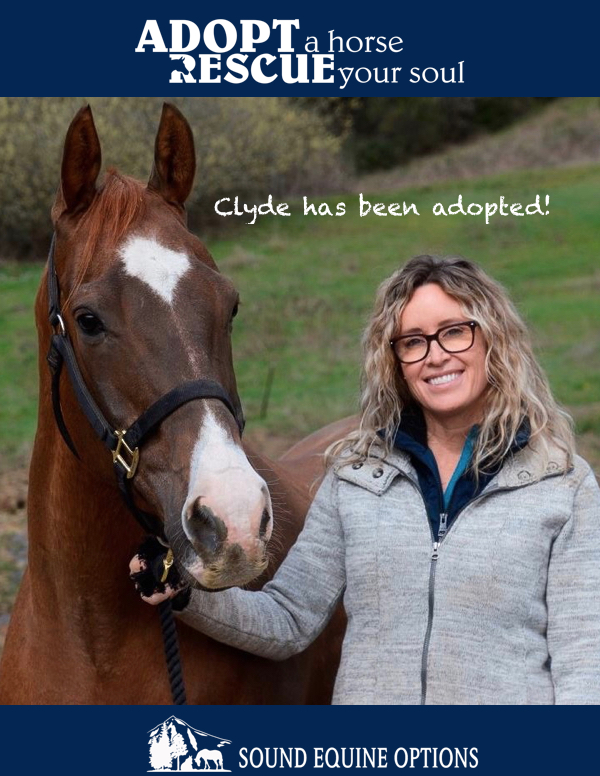 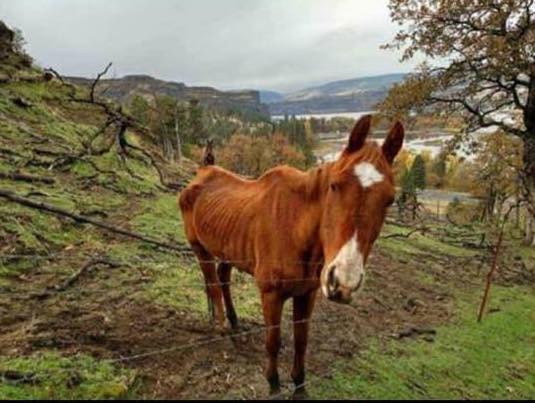 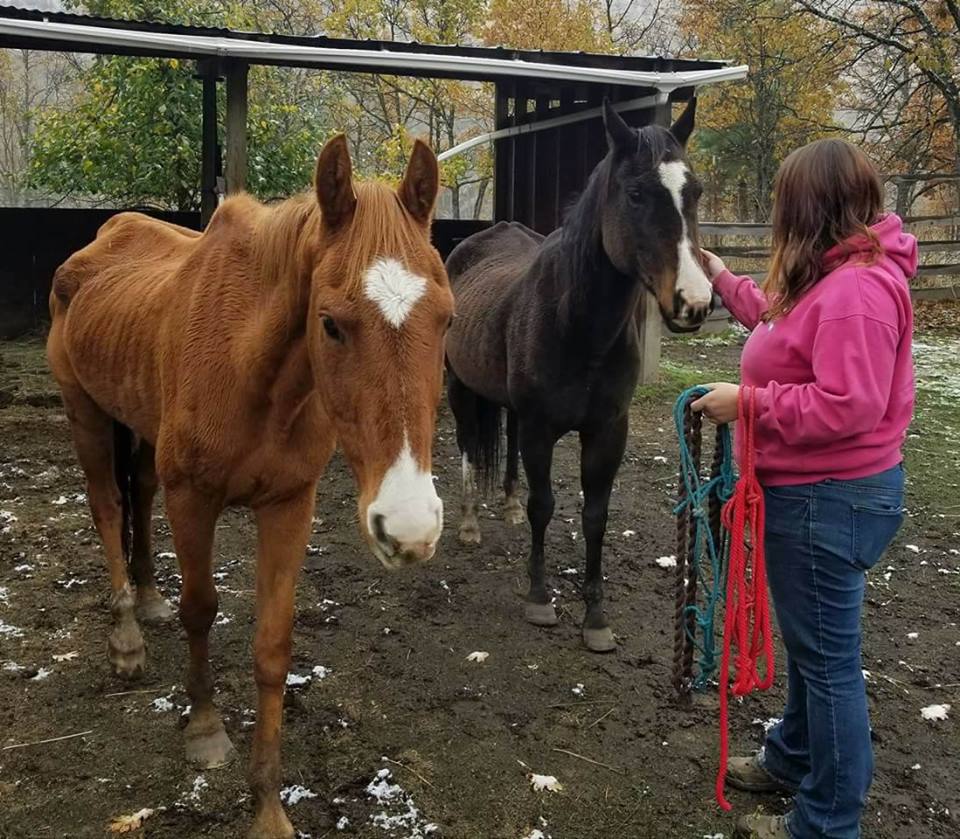