Relief… that is what we felt when we finally gained ownership of Harper. Don’t get us wrong, he was a hormonal teenage handful! But, knowing that we get to provide him with the good start in life that he deserves and find him an amazing new home fills us with gratitude. He is safe, and we will do what is needed to physically and mentally develop him into a wonderful friend and amazing partner for some lucky person.

This boy has SPRINGS in his toes, thank GOODNESS we were able to start those toes on a path of recovery, because his hooves were in bad shape.

When I first saw Harper’s hooves, my heart sank. His hooves were SO long and overgrown I was honestly afraid to see what the bone and soft tissue looked like inside those hooves. Proper hoof care is vital in young growing horses. It was clear that no one had cared for him feet for such a long time, and I was afraid we would be too late.

But first, we had to refeed the boy so he would have the strength to stand on 3 legs long enough to x-ray and trim his feet. It sounds simple, but when your body has been using up your muscle tissue to simply survive, not only is your strength low, all your tendons and ligaments are loose and wiggly!

When Harper was strong enough, we hauled him to the vet’s were his feet were radiographed and the farrier present to view them. This allows them to know how much hoof they can safely remove. In a way, it was kind of good that he was not up to full strength yet, because Harper acted like he had never had his feet trimmed in his life. It’s very possible that he never had his feet done before.

Three and a half months later and you would not even recognize this boy. He is FULL of himself! We are still slowly working on the angles of his feet but he has made huge improvements!

So WHO is this beautiful boy? For the longest time, we had no idea where he came from or who he was. Harper was one of the few horses that people were not willing to tell us his history. Notes that his previous owner provided only said that he was a “2 year old colt with possible nerve damage due to a commercial hauler, difficult to handle feet.”

Then we came across some other information that showed he was at Ms. Davies’ in May 2019. Those notes said that he was born in March of 2017 out of her stallion named Rex and an Oldenberg Mare named Ivy. That information was also confirmed by another source and matches up with what we are seeing from Harper.

Regardless of who this boy is, we’re going to get him the care he needs! He was gelded on March 15, 2019 and after he has recovered and some of his raging hormones have died down (usually about 2 months after surgery), he will head up to our training barn to learn some basic ground manners and be started under saddle before becoming available for adoption. With a little training, we think this guy is going to be a Rockstar! 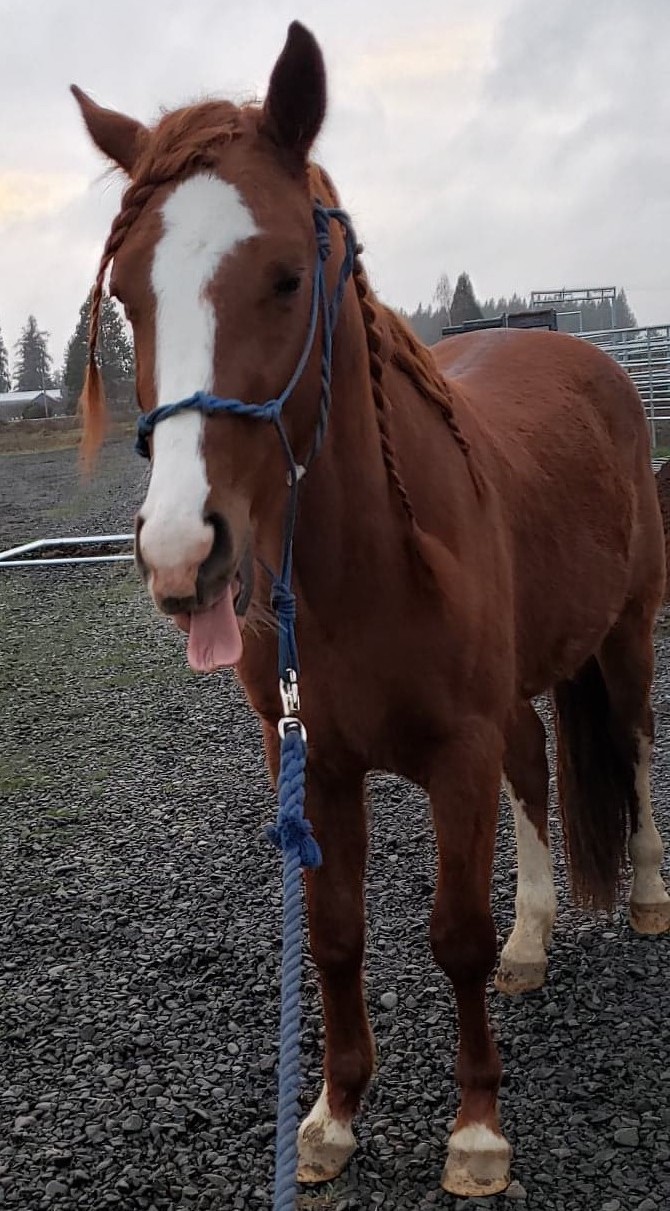 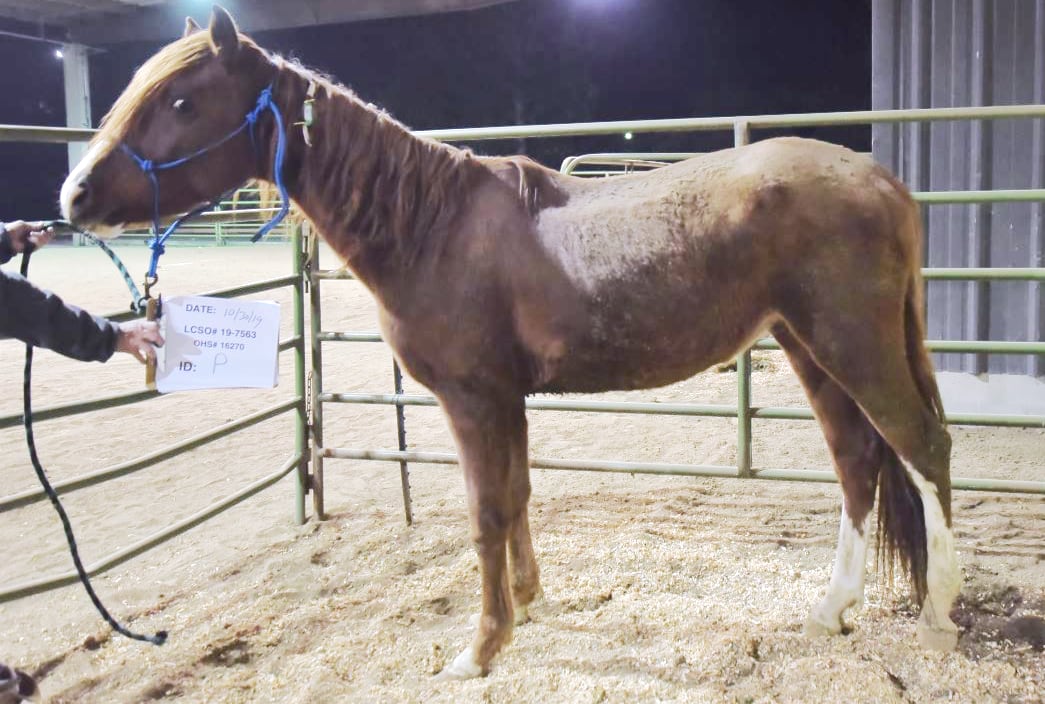 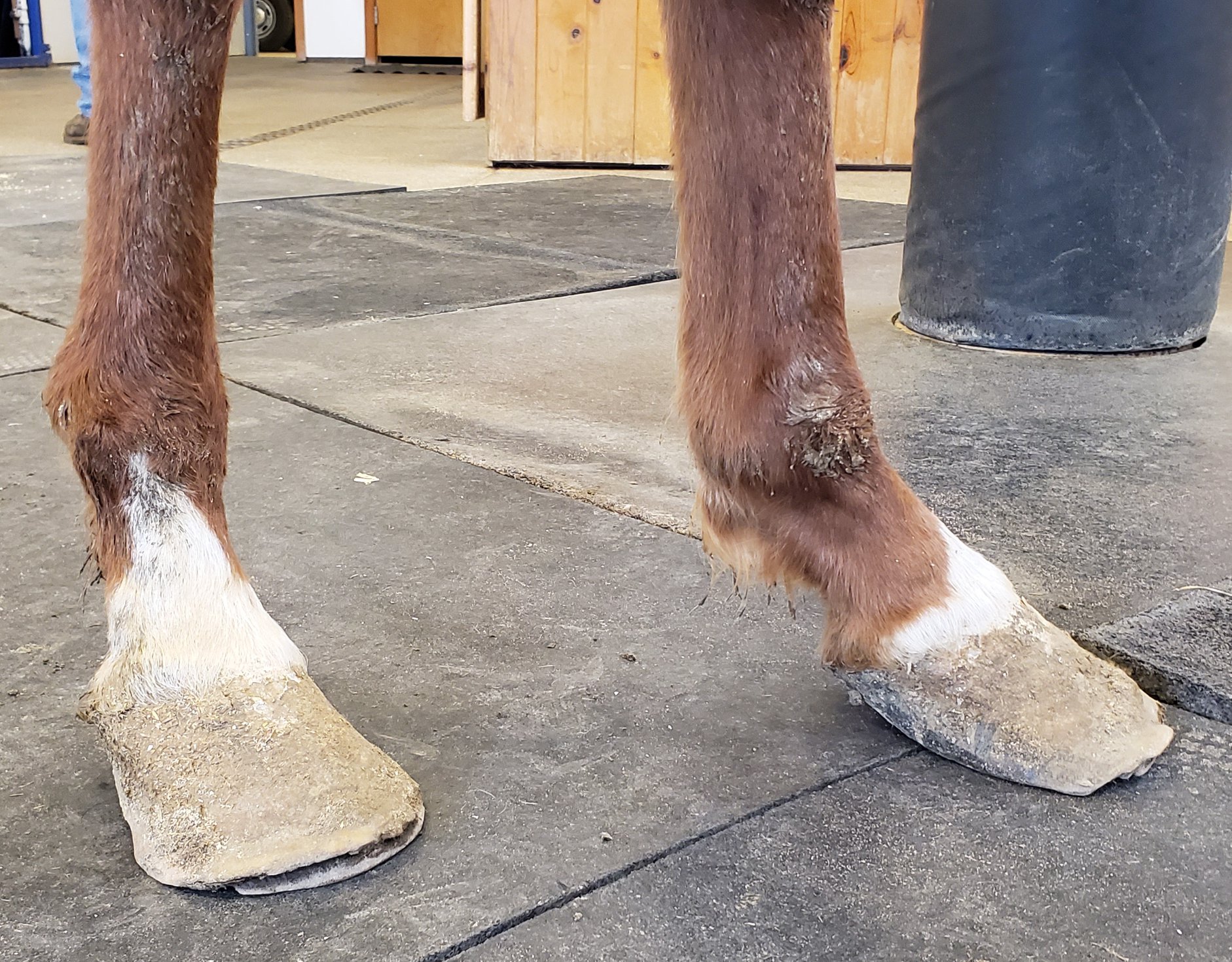 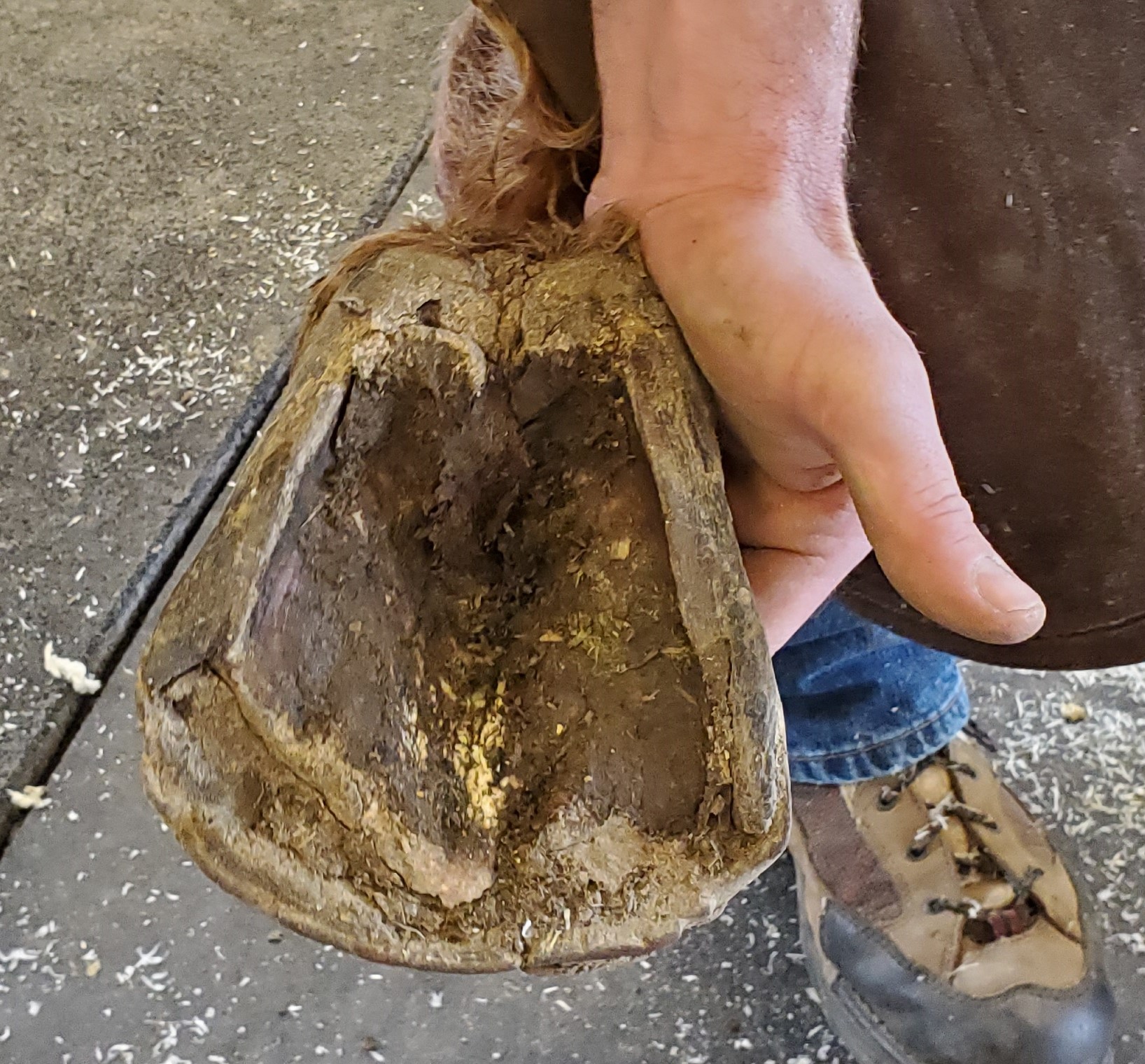