I adopted a SEO horse in June of 2014. “Little Drummer Boy’s” story is a typical example of what SEO is all about. His early life is a mystery, but he ended up as a stallion in The Dalles, part of a small herd that also included a lead mare and 4 young offspring. Their care was always marginal, “on the radar” by local concerned horse folks. In December 2013, it took a turn for the worst when their elderly owner went to a medical facility. Left without food or water, neighbors stepped in help.

A call went out to SEO and the owner was respectfully and successfully approached for a suggested surrender of the 6 horses. On a wet, cold Saturday morning trucks and trailers left the Portland area to load up and return with the “Christmas Six.”

As with most new intakes, Drummer and his band were first taken to Eagle Fern Equine Hospital in Estacada. Someone took photos as the horses stepped out of the trailers and posted them on the SEO Facebook page. Drummer had me at hello.

With large fenced paddocks, indoor stalls, state of the art equipment, experienced veterinary staff, Eagle Fern Equine Hospital is the perfect “soft place to land” so that horses can get their bearings, be evaluated and treated.

The money to pay for staying at this facility and services is ALL DONATED, through outright giving and fund raising. The Christmas Six were very underweight with skin infections and full of parasites. Drummer and the other males needed to be castrated. Volunteer foster homes were quickly lined up so that all the horses could regain their health. Drummer actually went to a SEO Board members’ barn and pastures as his testosterone levels fell and his abscessed front foot healed. She remembers him as a mostly perfect gentleman.

After a few months, Drummer was moved to the SEO training barn to be evaluated. As a reasonable stallion, he soon proved to be a willing and fairly cooperative gelding. Maybe he had even had some training in the past? Two volunteer trainers under the supervision of Head Trainer Stacey Riggs began to work with Drummer, first in hand and then under saddle. He was hauled to an SEO horse show and also a clinic, where I stretched out my hand to his nose for the very first time.

After filling out an adoption application and after being thoroughly reviewed and approved, I brought Drummer home, approximately 6 months from the time of his initial rescue.

The rest, as they say, is history. He has been a steady and trust-worthy riding partner. Drummer has safely carried me (and my husband, granddaughter, friends) across creeks and rivers, along the beach, and up and down mountain, valley, and High Desert trails.

I am so grateful to SEO, for the many volunteer hands and dollars that were extended to Drummer and changed his life. There are still far too many horses in trouble. And just as many heartsick observers who want to help. Then a miracle occurs! SEO actually answers the phone, text, or email plea for help. I am motivated knowing that SEO can only help as many horses as funds and space allow.

I have tried to pay it forward by helping with fund-raising events, donating money, transporting and fostering new intakes. What a gut wrenching but joyful experience to actually be there in the mud and muck to lead a starving horse from conditions beyond deplorable into a clean, dry trailer and a new existence.  Or host a scared, skinny foster filly and watch as she grows physically with lots of food and blossoms mentally, as I brush and brush pure love into her…all the way to adoption in a new home.

Of course there is a P.S. to this story: Drummer’s youngest offspring, a darker bay mini-me son named Rudy was just an ugly duckling yearling when the Christmas Six were rescued. Rudy “grew up” in SEO foster care until paired with trainer Rachel Jerome for the 2016 Lucky 7 Training Challenge. Together they won first place and at the auction that followed, Rudy went to his new home and life while raising more funds for future horses in need. 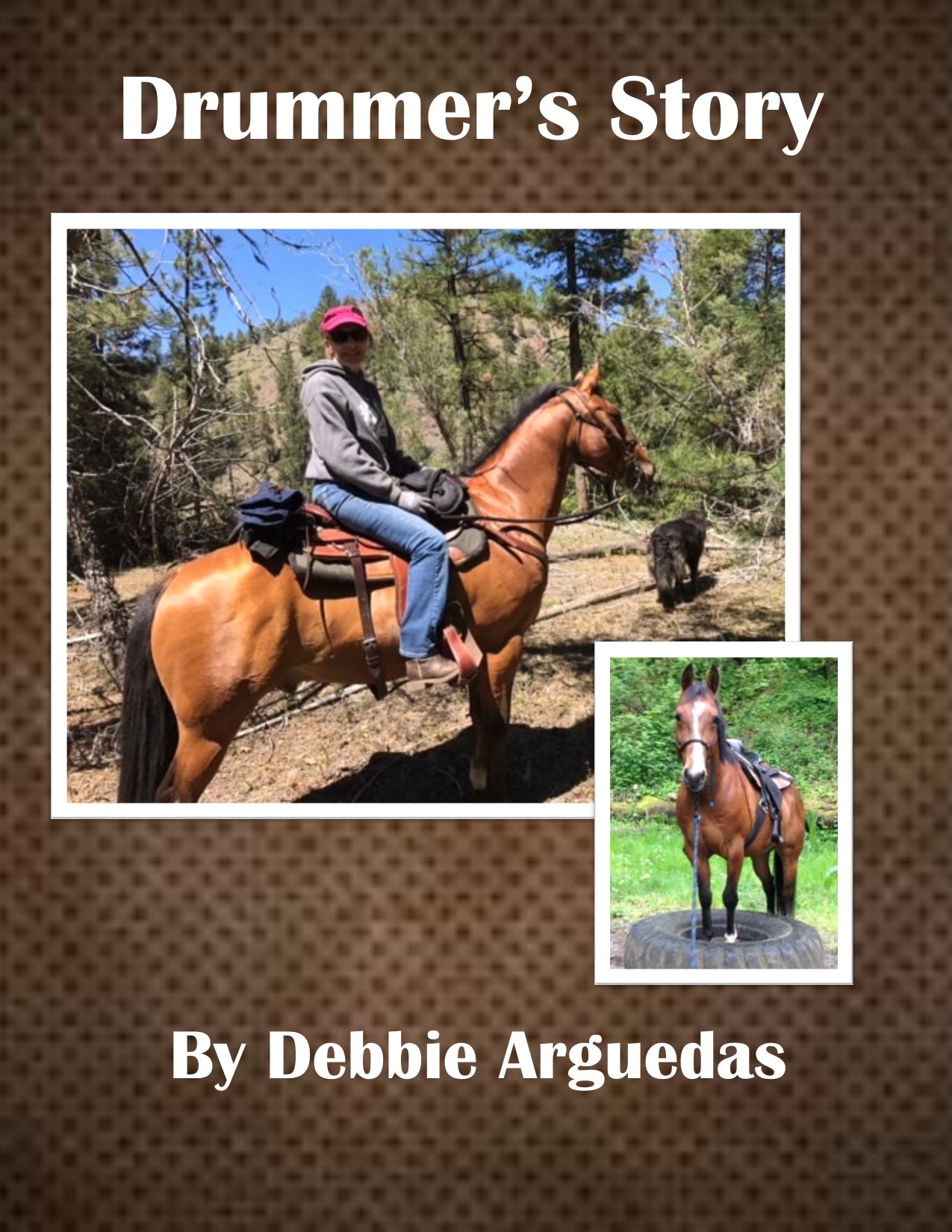 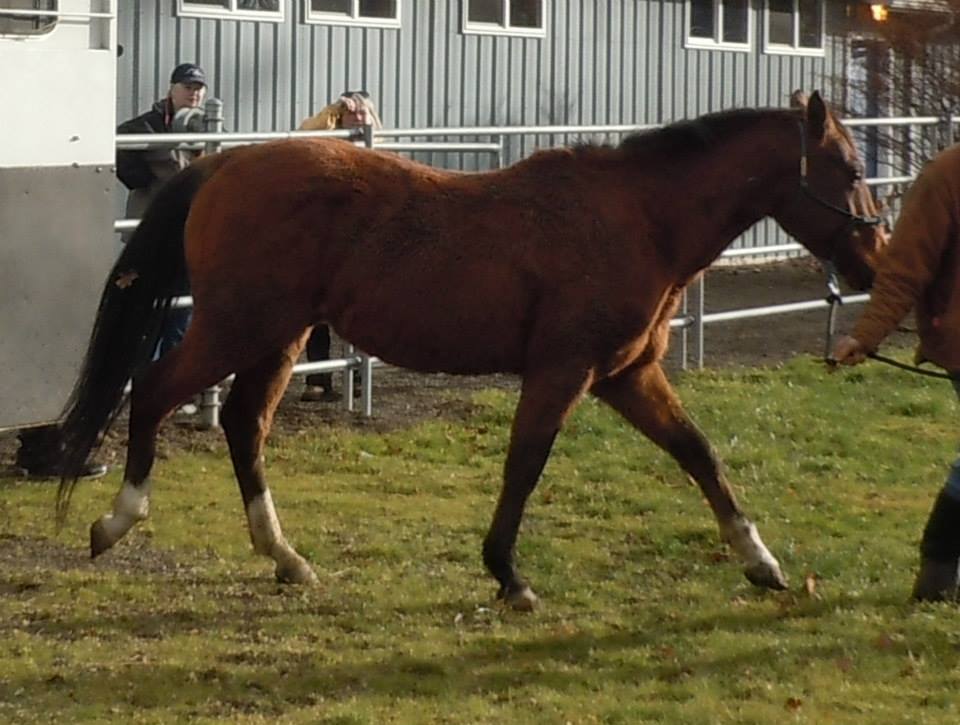 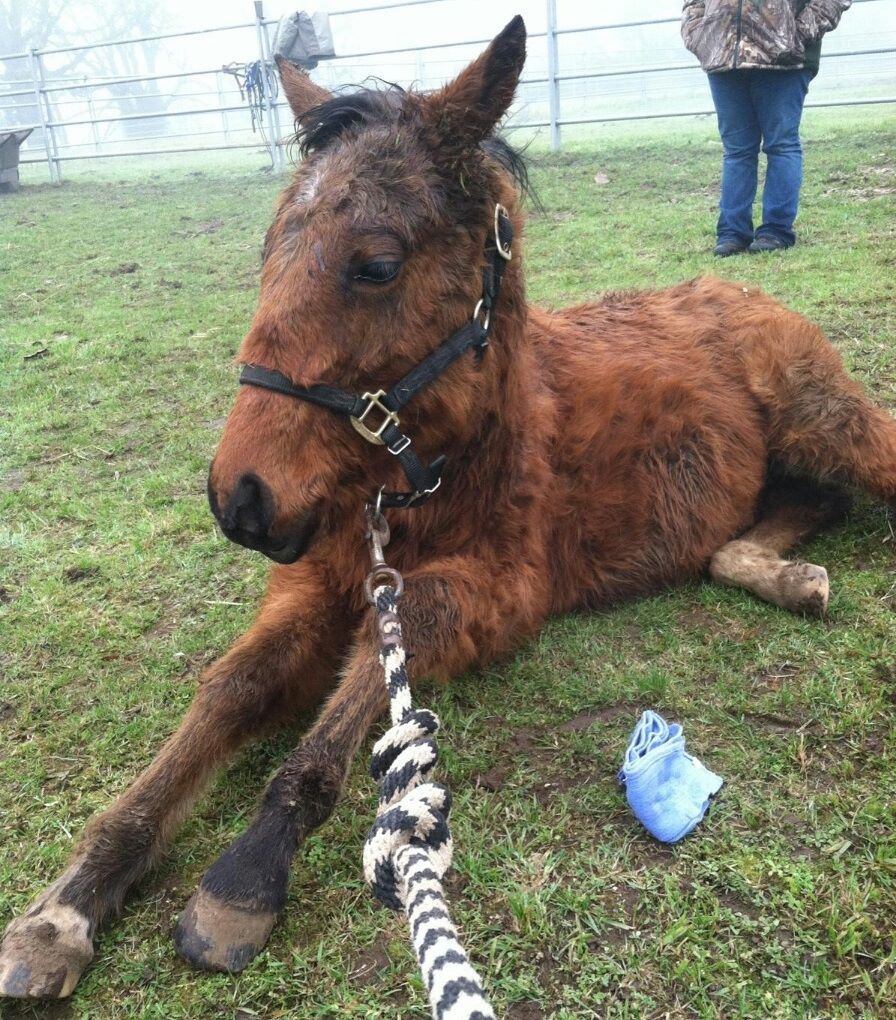 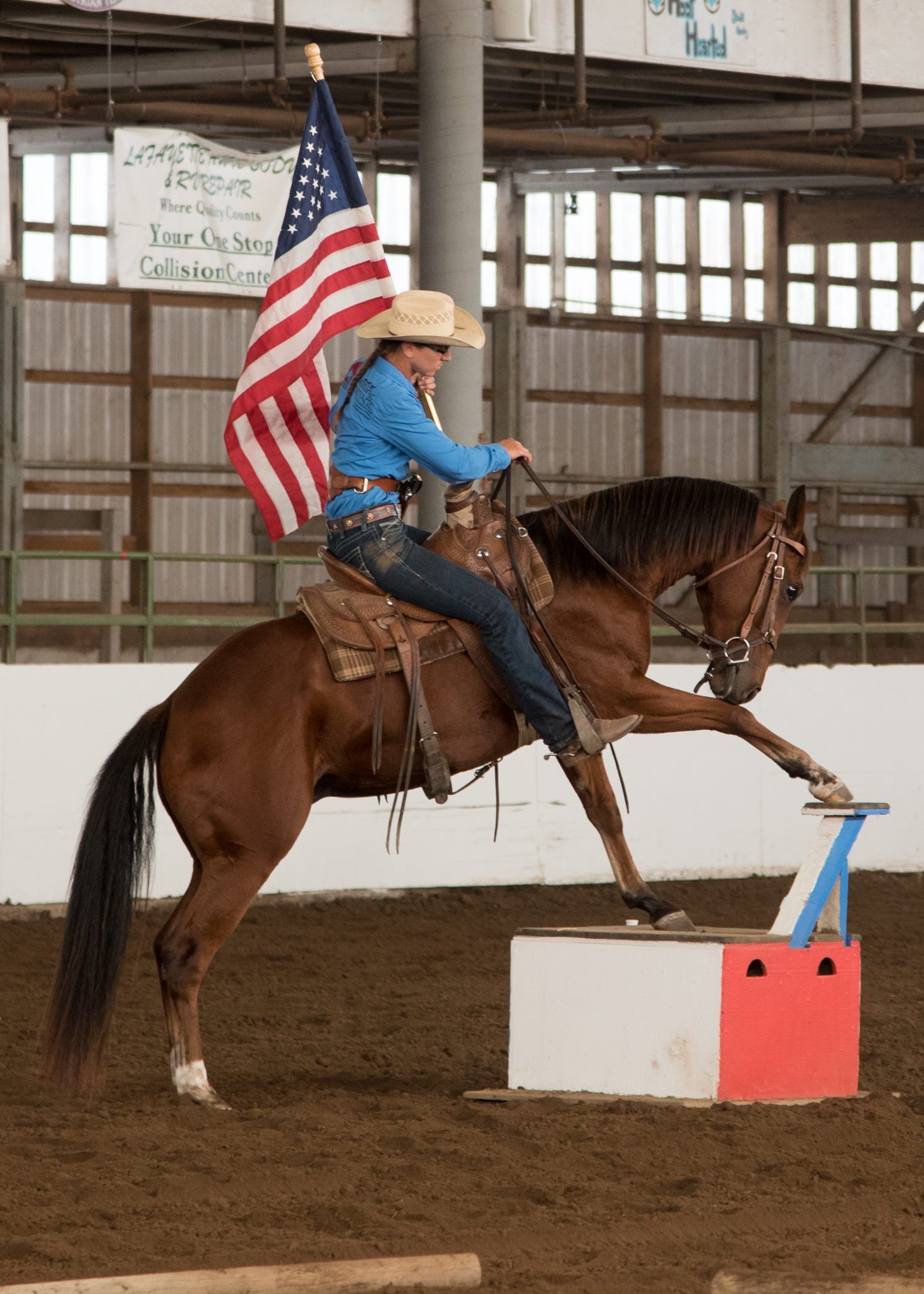