It makes you sick thinking how many times Khodie has been let down by people. We won’t let it happen yo you again, buddy. We have your back and will always fight for what’s best for you.

As we left to go get Khodie the evening of October 4, 2019, I looked at the map and realized that, dang it, we have been to that place before.

Five years ago we picked up 2 Arabian stallions from this boarding barn (Nate and Dusty). Someone had dumped a bunch of Arabian horses on the barn owner, unloading them in the middle of the night. He found homes for most of them, but no one wanted the studs, so we took them. They turned out to be beautiful, sweet geldings and are happy, healthy and well loved in their new homes.

Khodie however stayed at the barn. A boarder had assumed ownership of him, but she then passed away. And then the barn owner passed away. Because no one was paying board for Khodie, he was put out in a hemp field to basically sink or swim on his own.

When another boarder found him, he was sinking. She brought him in to a stall so he could be fed and watched while they tried to find a home. In little more than a day, Khodie went from death’s door to having a fighting chance, but he has a long way to go if he’s to have a happy ending like his old herd mates Nate and Dusty.

Khodie’s lab tests did not show any organ failure but it did show he has been dealing with inflammation, anemia, starvation, and muscle breakdown, along with one of the highest positive fecal counts that we have ever seen (3100 eggs per gram strongyles)! He also has a heart murmur, but it’s likely due to lack of heart muscle tissue and it will probably go away once he is in better shape.

Khodie’s job right now is to just safely gain weight. He’s eating well at a great foster home and has a great horse buddy who’s keeping him company. Good nutrition, a careful deworming schedule and a nice warm blanket will get him healthy in no time. 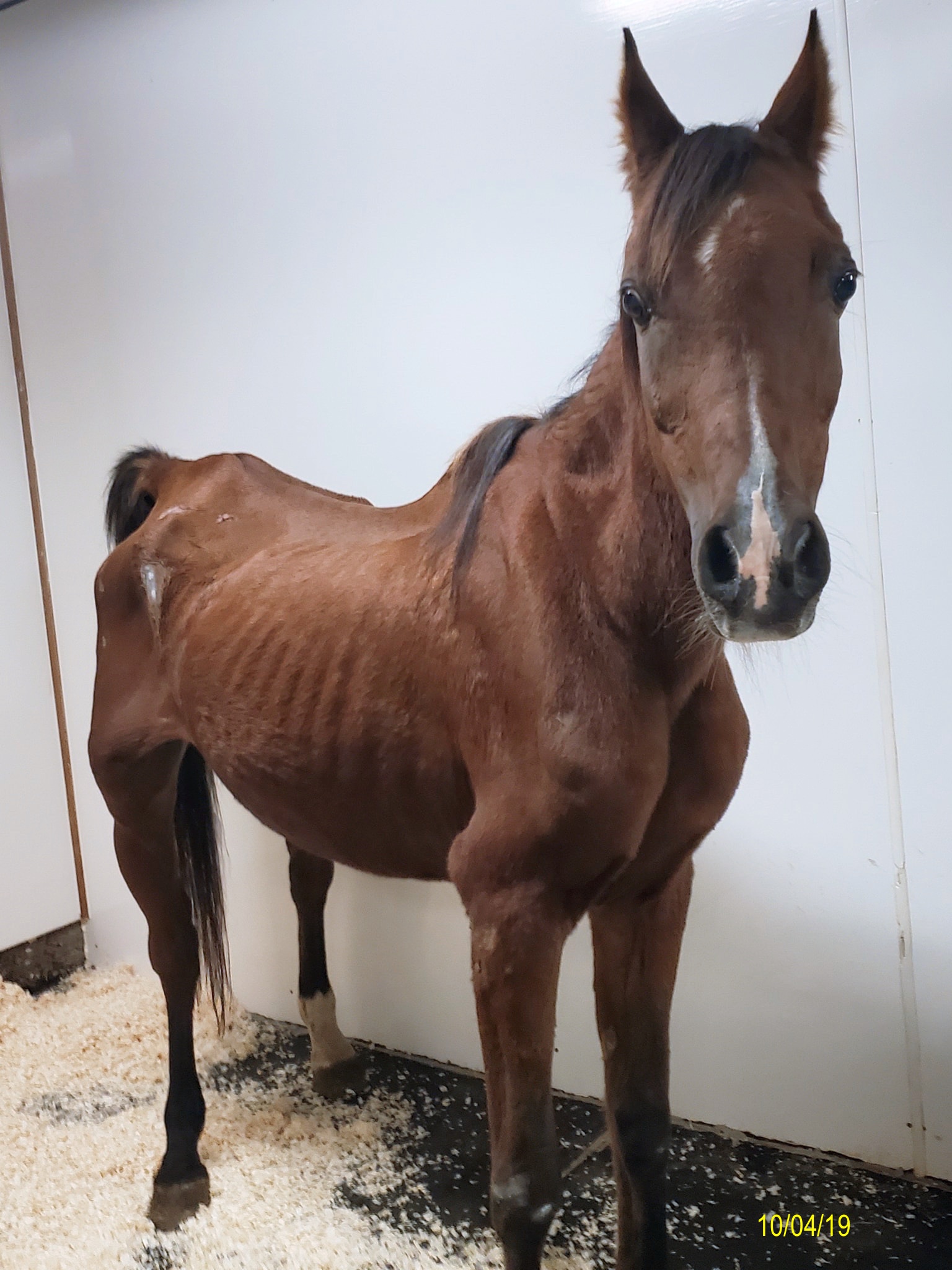 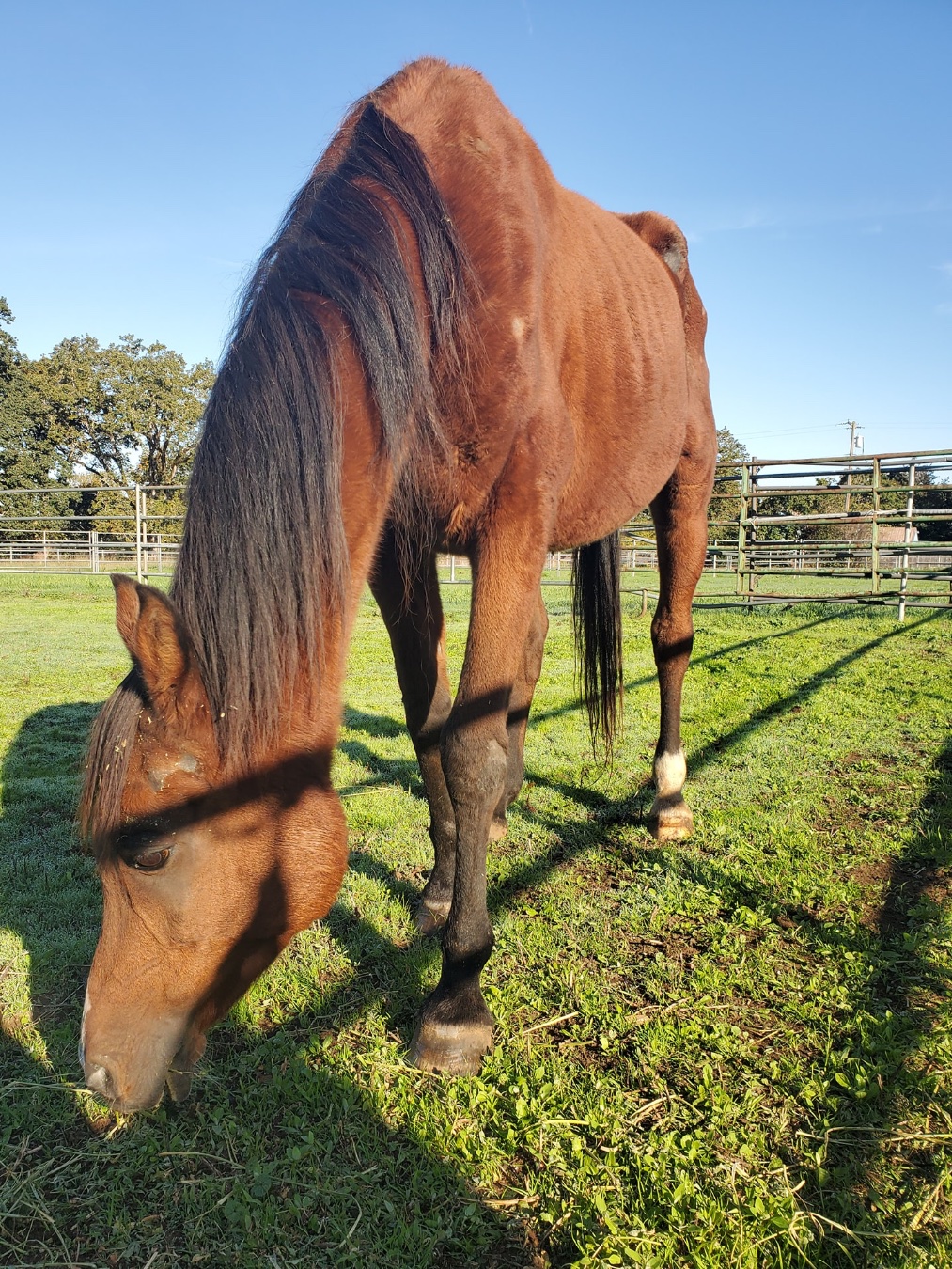 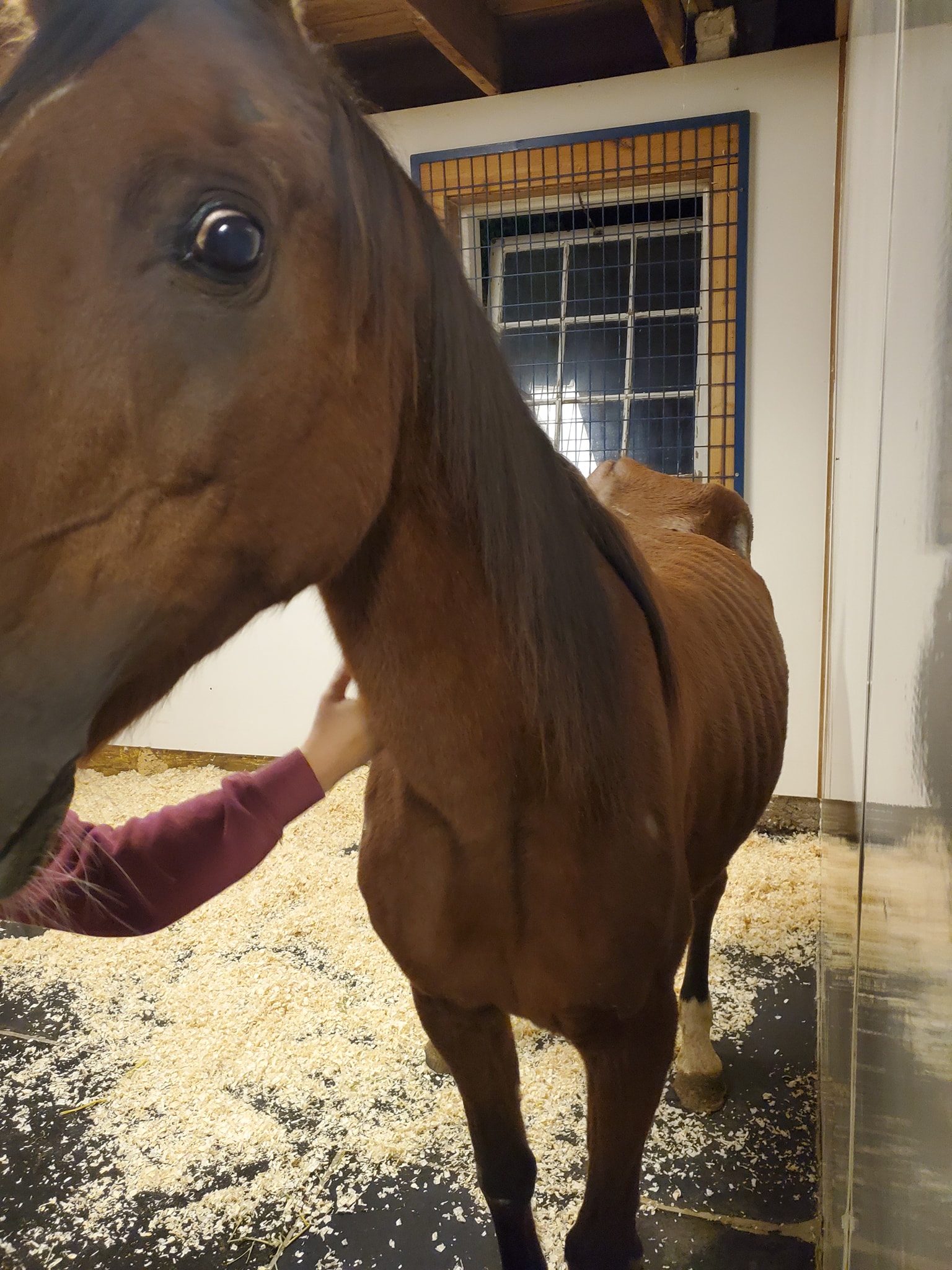 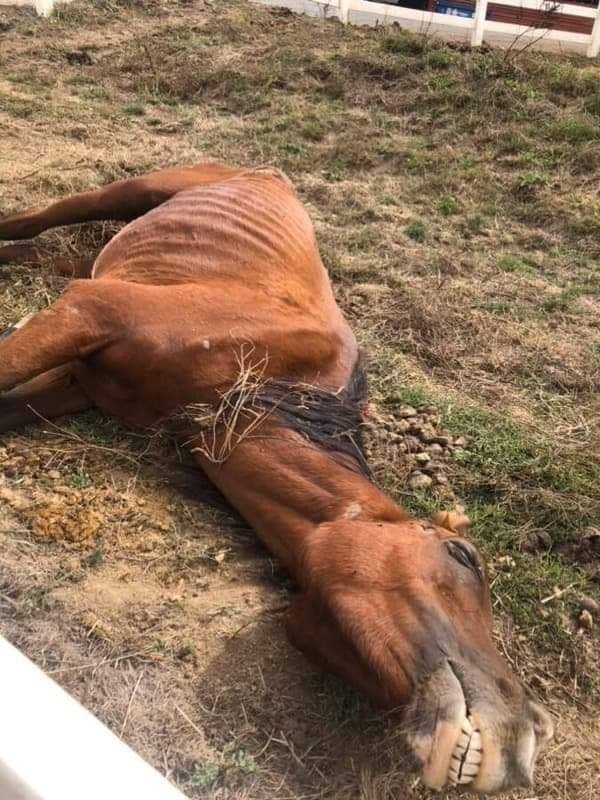 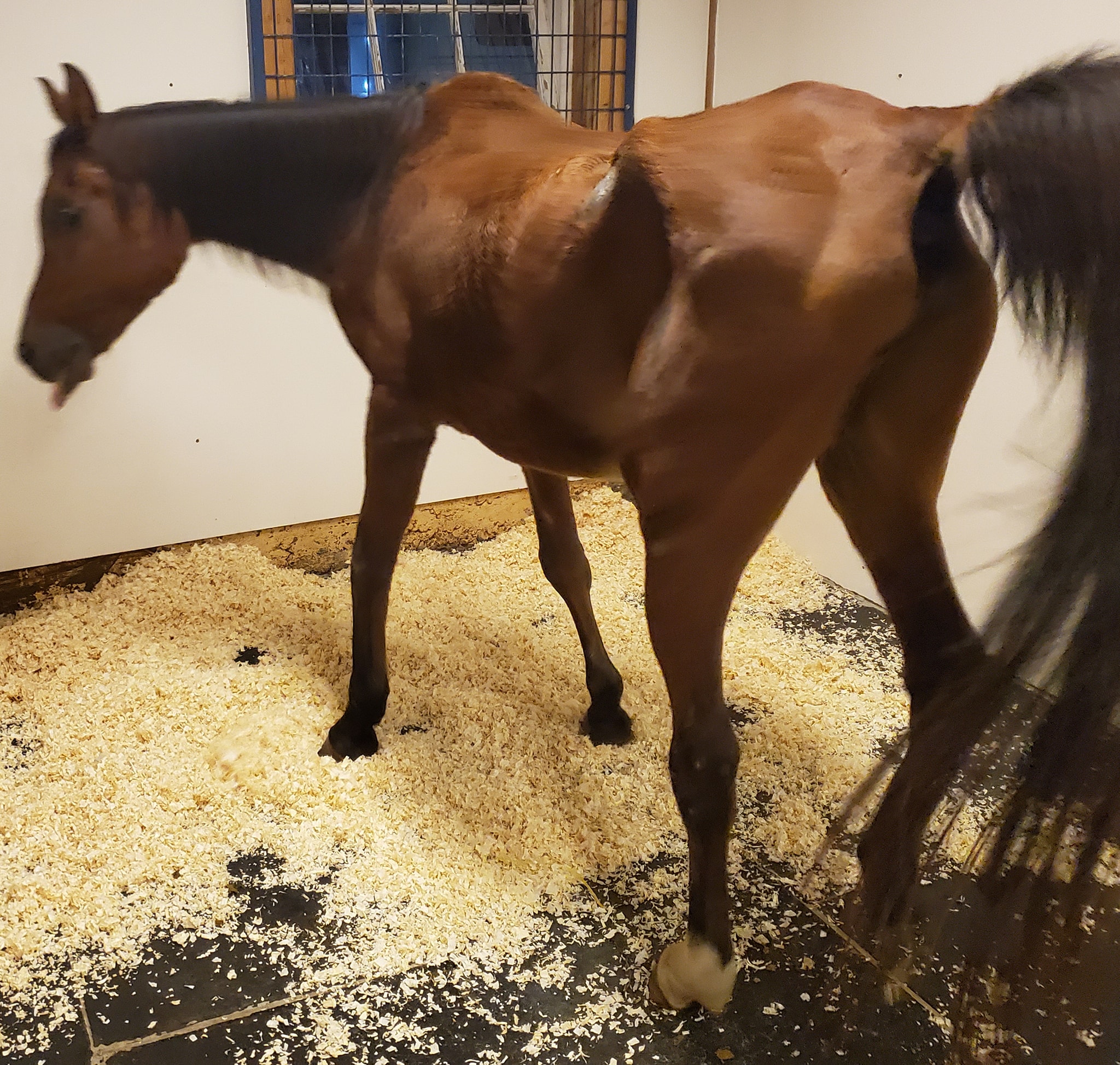