Rascal came to us from another animal rescue. His past was unknown, and he had some trust issues. But when given the time to build a relationship with a person he learned to trust, he became very loving, loyal and affectionate. His SEO trainer Brie Ella believed so strongly in his potential as a riding horse, she adopted him herself. 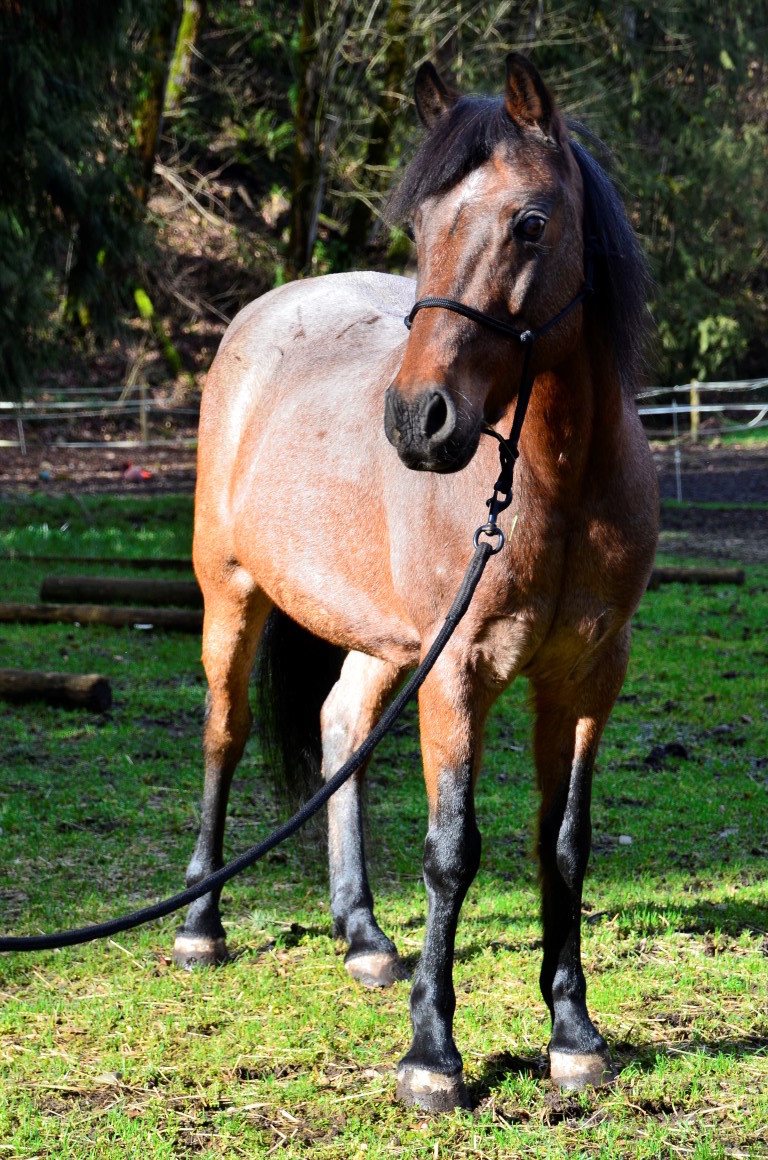