River has been adopted! Thank you, Mikayla, for giving this beautiful mare a home, despite her scarred leg. You two make a perfect team. We are very impressed with how beautifully you handle River, and we know you will do an amazing job continuing her training. We can’t wait to see the two of you out riding this summer!

River has been with us for nearly 2 years. She came to us from the Tygh Valley herd, a large group of 30 horses living and breeding like a wild herd on a 300-acre property. In August 2016, Wasco County authorities contacted SEO about these horses. An older gentleman with serious health issues was having difficulty caring for them. Fences were down, and horses and other livestock were often loose on a busy rural road.

Unless SEO convinced the owner to surrender the horses, they were destined for the auction.The herd consisted of three stallions and more than two dozen mares, yearlings and foals. Most had never been handled and were completely feral. If they went to auction, most would wind up in the kill pens.

Thankfully, the owner agreed to surrender them, and SEO began planning their round-up and adoption. The goal was to get as many adopted as possible to pre-approved homes right after the roundup.

On Saturday, August 13, it took more than 12 hours to round up all the horses, which had scattered far and wide across several hundred acres. By the end of that very long day, all horses were safely corralled and two of the three studs were separated out, thanks to volunteers and local help. The other stud was separated the next day.

Monday, August 15 was pickup and adoption day. Dozens of pre-approved, experienced horse people arrived with trailers in hopes of adopting some of these beautiful, well-bred horses.  By the end of another long day, all the horses were sorted and loaded, and all but the stallions and a couple of mares had found good homes.

The stallions were taken to a private facility where they were gelded by Dr. Conroy and crew from Mid-Columbia Veterinary Clinic in Goldendale, Washington. They were later sent to Eagle Fern Equine Hospital in Estacada, Oregon, to recover. Two of them have since been adopted. Thank you to everyone who donated to their gelding and recovery fund.

At roundup we noticed right away that River had a large, serious, old laceration on a hind leg that still had a significant area that was an open wound. Only 2.5 years old at the time, she was pregnant but aborted the foal.

We needed to get her tame enough for a veterinarian to treat her wound, so we took her to trainer Jasmine Cyphert for training. Soon after, she went to Oregon State University’s Large Animal Veterinary Hospital for treatment.  Several radiographs, ultrasounds, exams and wound treatments later, they declared that her leg was sound and would continue to work normally once it healed. It did, however, leave River with a nasty scar. Thank you to everyone who donated to her veterinary care fund.

A generous foster home then spent 10 months cleaning and bandaging River’s leg. She continued to heal, but was still very skittish when she arrived at the training barn. This horse has so much try in her, but she is petrified at the same time!

At the training barn she lived in a round pen with a shelter so that she could walk around freely. That was important because her leg was used to the support of a bandage, but now that her wound was healed it needed to get good circulation without that support. Many hours were spent building trust and doing groundwork with her.

River then went to trainer Rachel Jerome’s to get started under saddle and better about picking up her hind feet. After 2 months in training River came back to the barn to continue her training to get her a little more relaxed and ready for a new adoptive home. 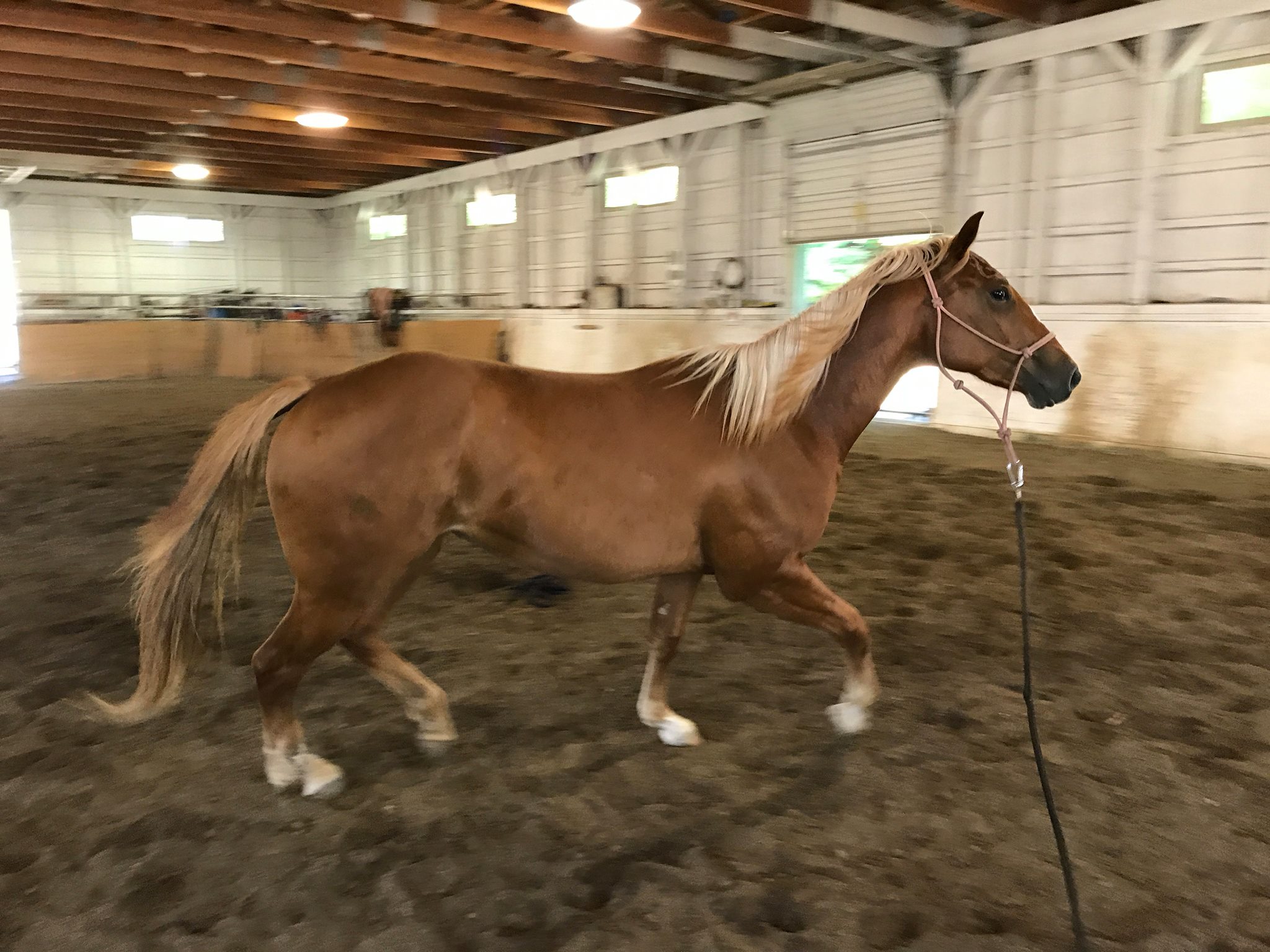 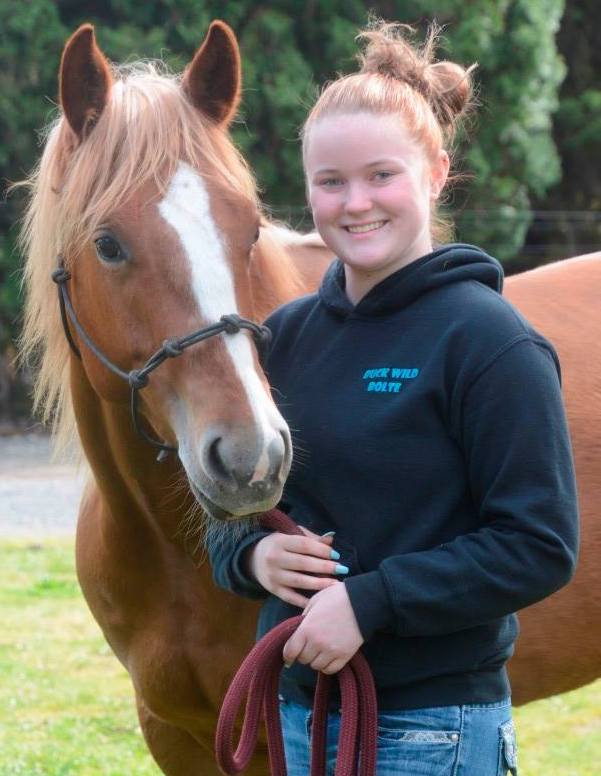 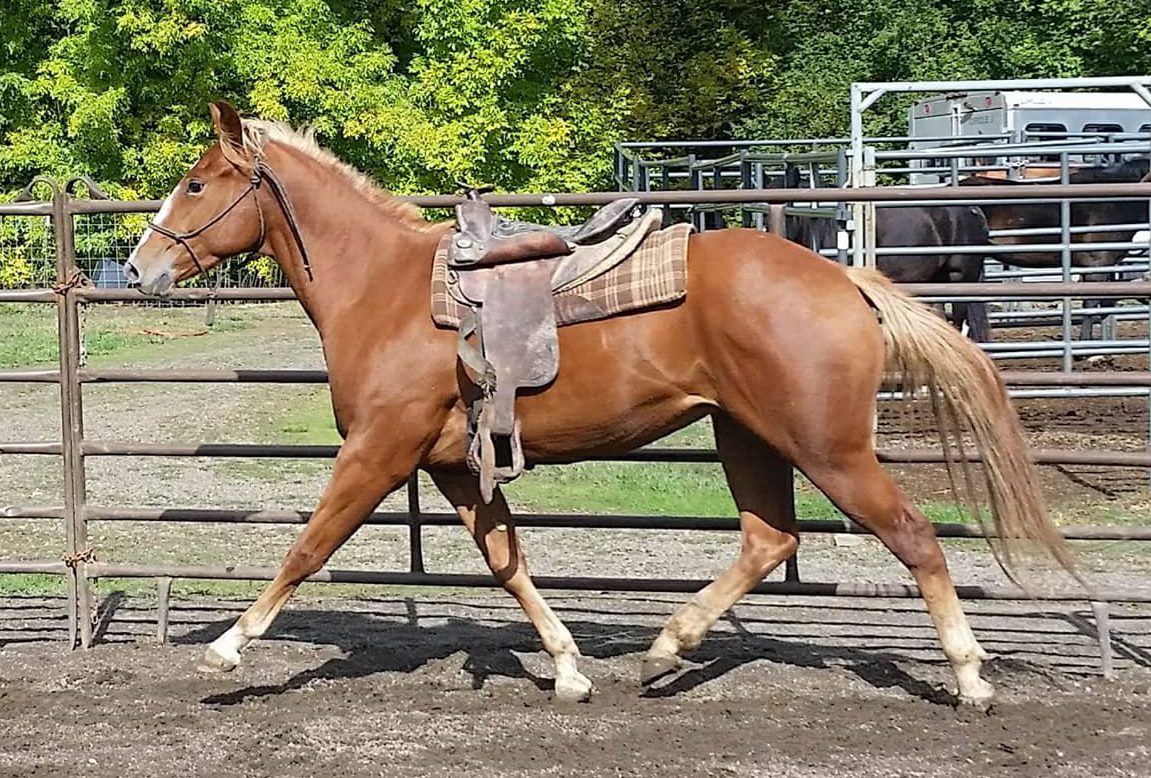 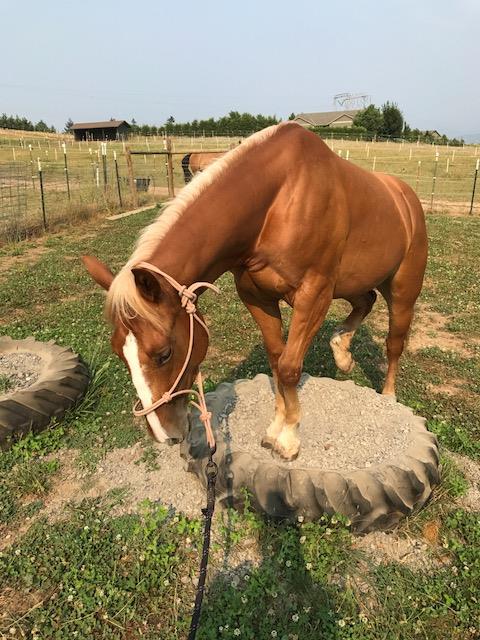 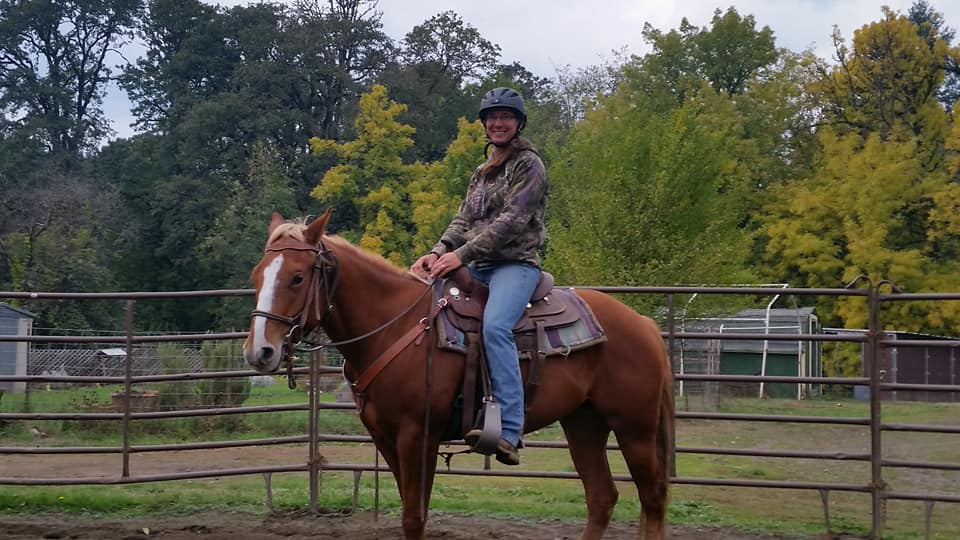