Thelma came from a severe neglect case in Douglas County almost 2 years ago where several of her herd mates had to be euthanized. This older, thin racing Quarter Horse broodmare had not been handled very much, and she was a big, insecure chicken.

It was hard to get her to focus on a person during groundwork because she was too worried about where the other horses were, so much so that she would run right over the top of you. It took months of working with her to be able to even pick up her feet for a much-needed trim.

In turnout she went from being the low horse on the totem pole to boss mare simply because she had been in the training barn for so long while other horses would come and go. Each time a newbie arrived, Thelma let them know that she was the reigning Queen of the field.

Because she was starved, Thelma is protective of her food, not with people but definitely with other horses. They are not allowed anywhere need her hay. She has a pretty good mare glare that she gives them. It makes us laugh, because underneath it all we know that big sweet chicken is still there. She has never done anything mean towards any of the many trainers and volunteers who have handled her. Her most adorable habit is how often this girl sticks her tongue out, and that thing is super long!

In training, Thelma posed a dilemma. She made slow but great progress, yet she still would buck and rear when the saddle was tightened or a rider first got on. Months and months of 1 to 2 hours of groundwork prior to getting on her, and she would still randomly decide it was not for her. She has had radiographs and body work, but no major issues where ever found. Maybe she’s trying to tell us that,  at age 16, this girl just does not want to learn to be a riding horse.

Thelma now has a loving, skilled horsewoman wanting to adopt her and her friend and herd mate Penny and continue to patiently further their training! The adopter is even willing to keep Thelma as a pasture pet if her training does not work out. We are super excited to finally see these girls find a home! And to top it off they really love each other 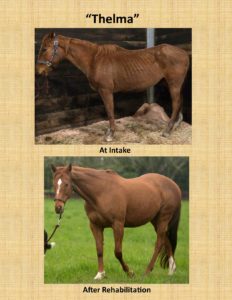 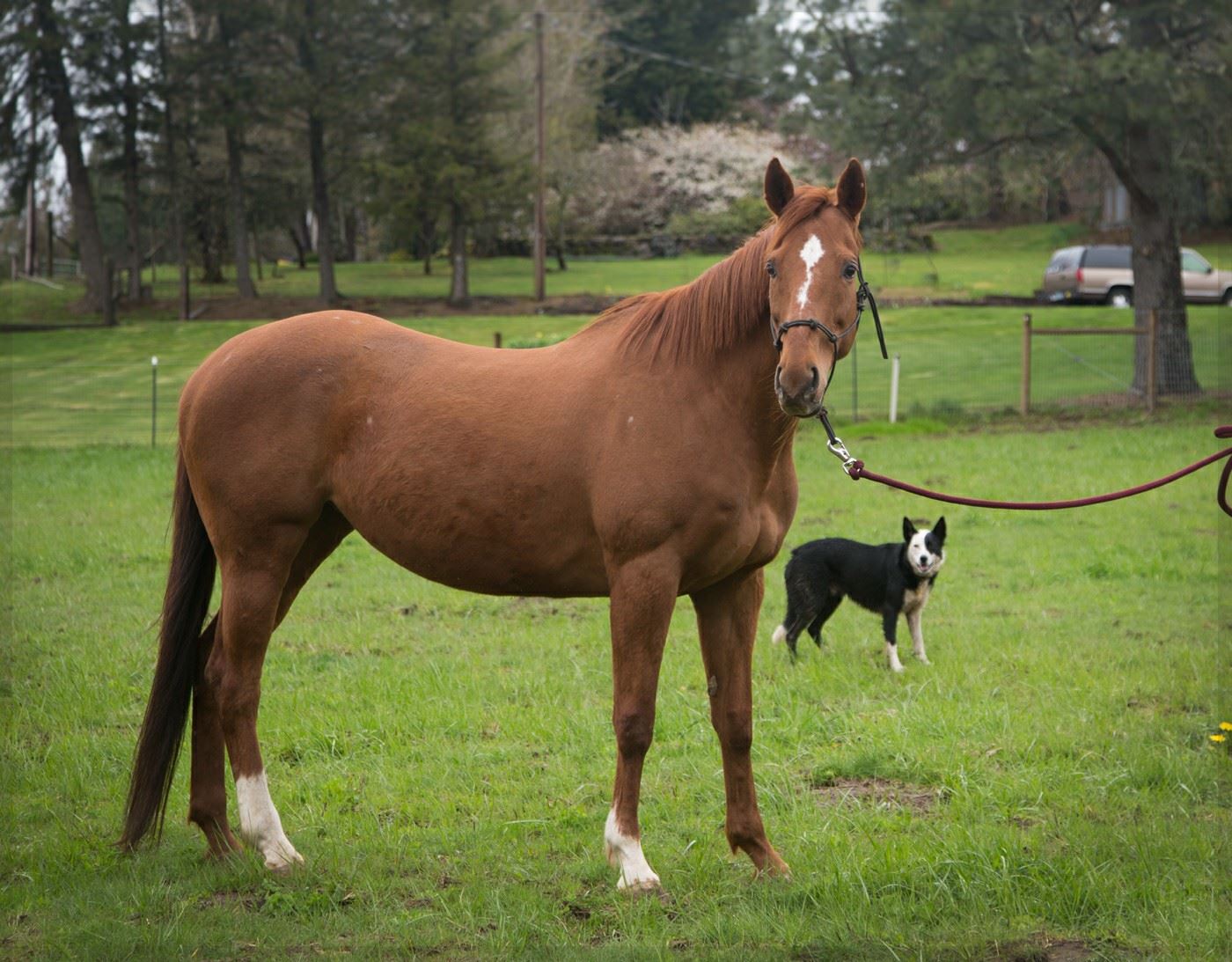 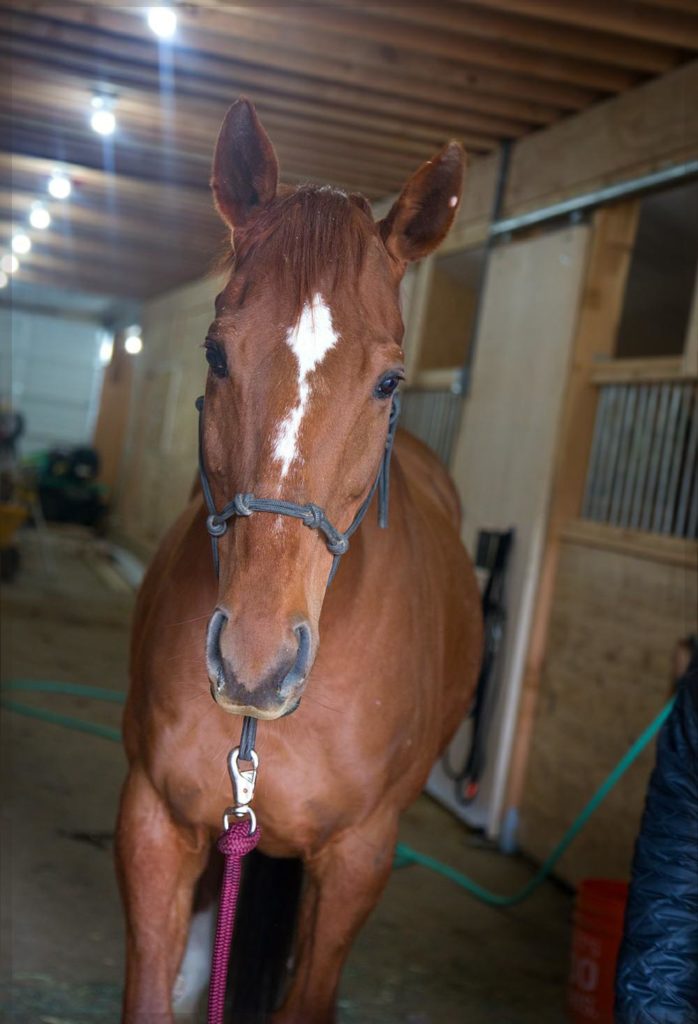