Skip to content
Past;
2021 started off with a bang, but just try not to fall in love with Trooper…
Trooper has had a very tough start in life. He is 9 months old yet the size of a 2-month-old foal. Our new saying around the barn is “The only reason he survived is because he is one tough Appy!”
The story, as we can put it together, is that his mother was part of a group of horses that were left on a property and received less than minimal care. At some point, it became painful for the mare to walk and she spent a lot of time laying down. We are guessing this made it difficult for little Trooper to nurse.
Then, when the colt was only 2 months old, his mother passed away. Trooper then somehow survived on the little grass and hay provided. It’s also possible one of the other mares let him occasionally nurse. Eventually the other mares and foals were picked up, but they left poor little Trooper behind.

Fast forward to now, Trooper has a body condition score of 1.5 out of 9. At first we thought his front legs had angular limb deformities because they looked so crooked. Fortunately, that was not the case. Little Trooper simply did not have enough muscle mass to keep his legs in the right position.
On top of starving, our little man is riddled with parasites – both inside and out! He was covered with the biggest and most numerous lice we have ever seen! Internally he had the highest count of roundworm eggs (3300 eggs per gram) our vet has ever seen. With the size of his belly compared to the lack of fat and muscle everywhere else, we were concerned about worms.
The volume of the roundworm infestation Trooper has is extremely dangerous. Not only do the worms cause tissue damage when they migrate through his body, there is a huge risk that he could seriously colic and die after deworming. As the worms die, they set off a release of endotoxins that can cause a tummy ache. On top of that, the shear volume of worms dying could possibly cause a blockage in his intestine on their way out.
Trooper spent a week at the veterinarians office so they could monitor him and give pain meds after he received a partial dose of dewormer. He has been passing large roundworms daily ever since. He will occasionally get a belly ache, but a little pain medication seems to quickly get him through it.
This previously untouched guy LOVES his alfalfa. He quickly connected people to a meal and has started screaming at us the minute he sees us. He even bolted out the stall door to get to the alfalfa wheelbarrow when we did not give him breakfast fast enough!

Honestly, we do not know what Trooper’s future holds. How will his bones catch up? Will he colic severely at some point during the deworming process? What other damage are we not seeing? What we DO know is that he has a good chance at a full recovery and the will to get there. We are simply along for the ride and to offer him the best support and chance he deserves.
#TeamTrooper #LittleAppyPower 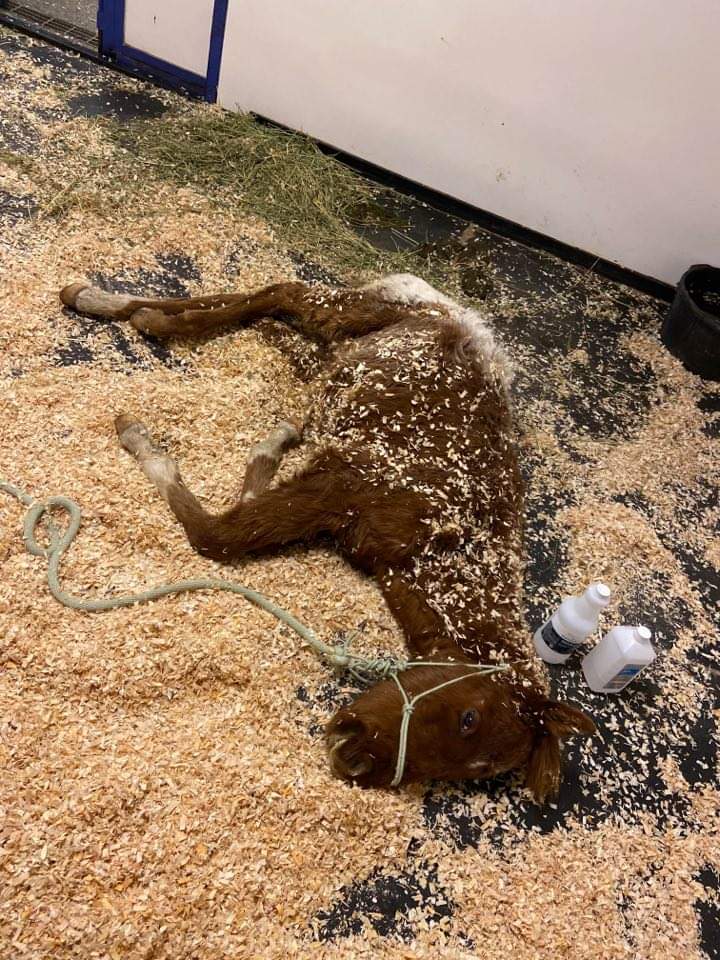 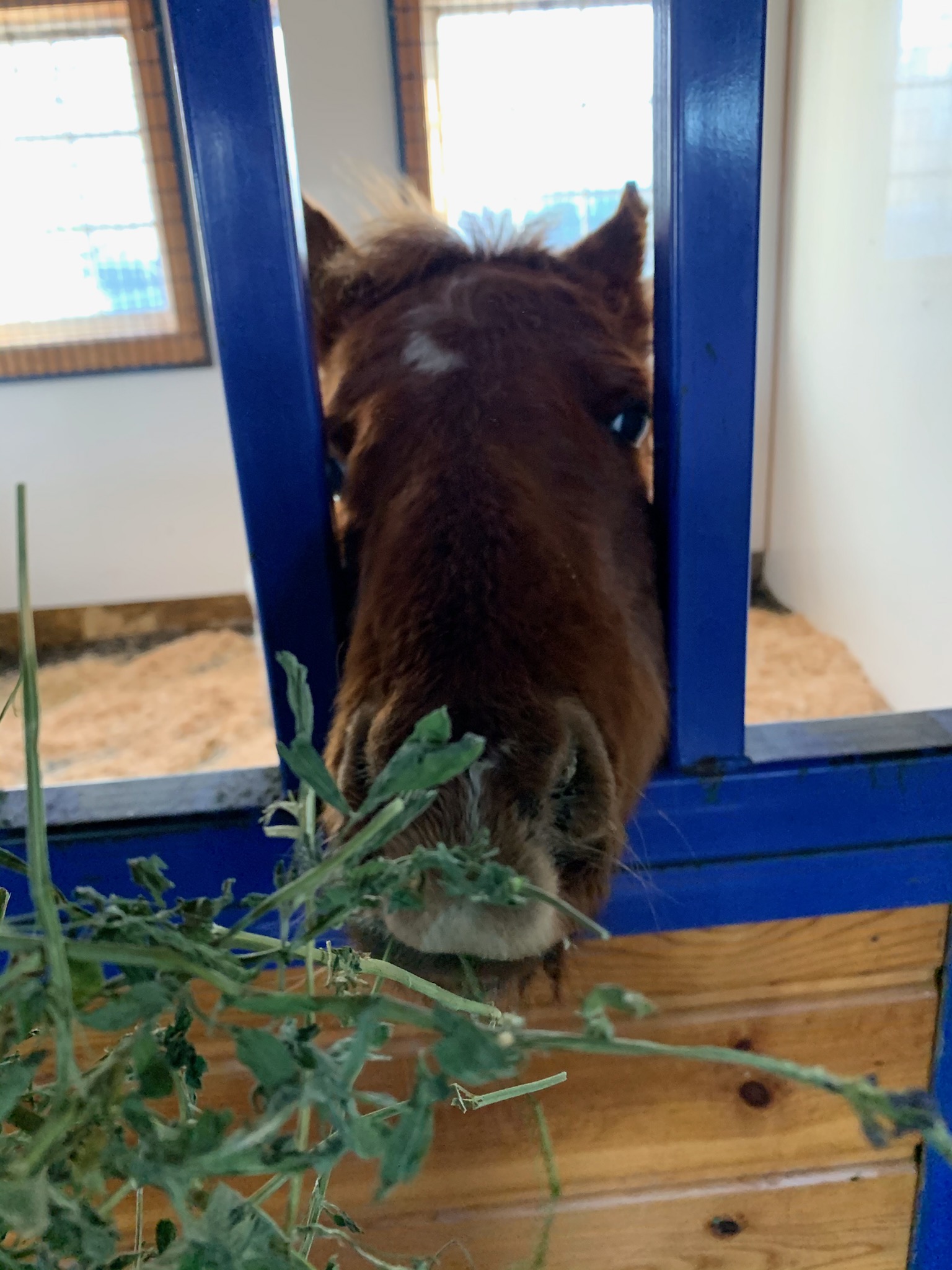 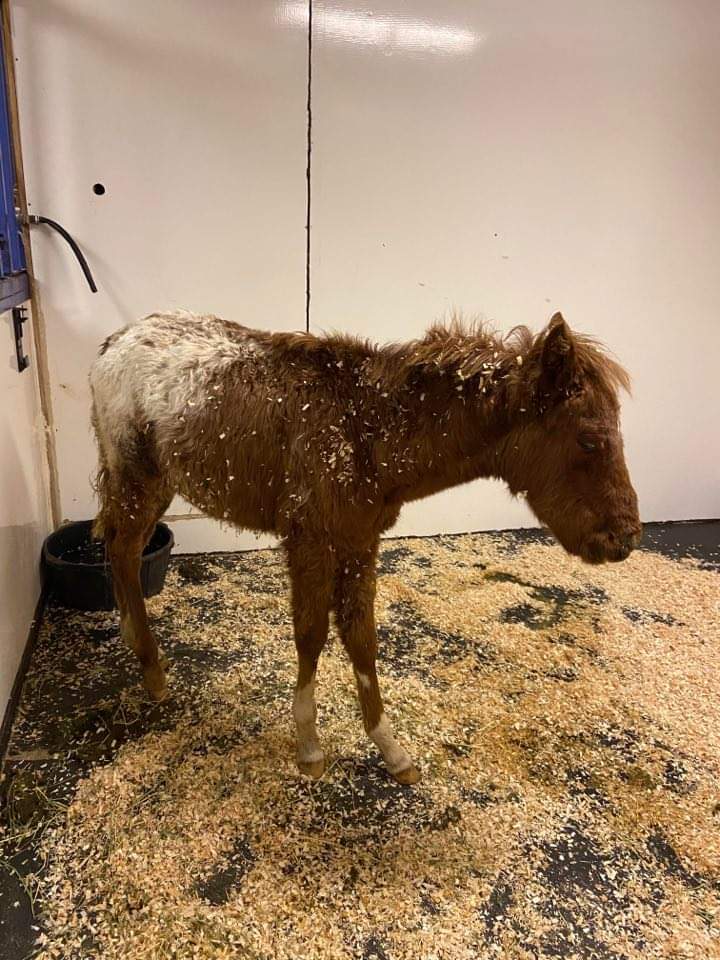